Home > About us > Our Company > Our Charity Work

We are proud of the work we do with our chosen charities.

We have sponsored the youth and junior teams' kits in 2014.

A charity cycle from Miskin to Taunton 2014

Financial Planner, David Hulse completed a 120-mile cycle from Miskin to Taunton in June this year, and raised £1000 for a local charity 'To Wish Upon a Star'.

David is also a committee member of the PTA at the school in Miskin. The work carried out by the PTA has won a National Award for the best PTA in Wales. Their work involves organising a ‘dad’s choir, a summer sponsorship ball as well as summer and winter fayres.

The team at Bartholomew Hawkins will embark on the challenge, aiming to complete all three peaks – Ben Nevis, Scafell Pike and Snowdon within a 24 hour period in October this year. They are raising funds for Velindre Cancer Centre, Cardiff.

Our Marketing Manager, Tracey Morris will be embarking on the challenge in October with her sister and friend. Her friend Alice has beaten cancer twice and recently completed her treatment. They will be raising funds for Cancer Research UK.

Sponsorship of Chepstow Town Football Club who are in the Welsh League.

Tracey is a keen runner and as Race for Life is a 5k challenge she has taken part in Swansea, Bridgend and Cardiff every year since the challenge began, raising funds for Cancer Research UK.

Sponsorship of their U10 team, kit and equipment in 2011

We're here to help. Contact us if you have any financial queries.

A free consultation with our financial experts

Take advantage of our free consultation and get all your questions answered by our financial experts – call us on 029 2050 8000 or complete our online enquiry form to arrange your meeting. The first meeting is at our expense and with no obligation. 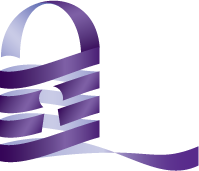