As 2016 draws to an end, and Christmas is on most our minds I regard this time of year as a timely opportunity to reflect on the past years positives and opportunities.

What a year 2016 has been, full of shocks and surprises, and I can't recall a year that the obituary writers have been so busy!

Sadly, we lost Prince, Bowie and Cohen, Gene Wilder, Caroline Aherne, Victoria Wood, Ronnie Corbett, Sir Terry Wogan, Alan Rickman and for me, tragically, the genius that was Muhammad Ali! May they all rest in peace.

From an advice perspective 2016 we saw major reforms in the following areas:

Dividend Taxation, when the annual dividend allowance (of £5000) was introduced in April and the higher rate of tax for dividend payments increasing from 25% to 32.5%. Even basic rate tax payers had an increase from 0% to 7.5% and additional rate tax papers now paying 38.1%.

Changes in the State pension. On the 6 April 2016 the basic and additional state pensions was replaced by a flat-rate, single-tier state pension. The state benefit, if paid in full, will see pensioners receive £155.65 per week, reflecting a £39.70 weekly boost in income compared with previously.

Pension Lifetime allowance was reduced again in April to only £1 million. It was also accompanied by another round of protection. This further reduction means many more individuals will and have been affected and in need of advice to ensure that no lifetime allowance charges become payable.

Auto enrolment turned its attention to smaller employers. Many smaller businesses faced the challenges of putting a new scheme in place or ensuring their existing schemes remained suitable.

The Financial Services Compensation Scheme will now protect savings of £75,000 (or £150,000 held in a joint account) should the bank or building society go bust. The limit fell from £85,000.

Stamp duty rises for buyers of second properties. Anyone who buys an additional residential property, including second homes and buy-to-lets, will have to pay an extra 3 percentage points in stamp duty from April 1 2016. The surcharge applies on top of the current stamp duty land tax rates. This means there will be 3pc tax (currently zero) to pay on homes worth up to £125,000, 5pc tax (instead of 2pc) on homes that cost between £125,001 and £250,000, and 8pc (currently 5pc) on homes worth between £250,001 and £925,000. Homes worth up to £1.5m will be subject to 13pc stamp duty and those that cost more than this amount will incur a 15pc charge.

Personal savings allowance is introduced. Previously, savers paid tax on their interest earnings from current accounts, fixed-term bonds and other savings products, with the rate based on their income tax bracket. From April 6, however, savers will receive a personal savings allowance. This is set at £1,000 for basic-rate taxpayers and £500 for higher-rate taxpayers. This means they can earn that much in interest before tax is due. It is estimated that the change will lead to 95pc of people no longer paying tax on their savings, with a pot of £50,000 earning 2pc required to hit the basic-rate threshold.

Clearly, a lot going on, and we expect even more reform in 2017!

As for Bartholomew Hawkins, we welcomed Paul Freeman as our new Director of Financial Planning, and two new planners Kerry Trott and Steve Ellis. Andy Morgan as a Software Developer, Abigail Jones, Financial Planning Coordinator, Lee Wright as our Compliance Manager, Maria Hopkins as our Office Manager and more recently Jayna Ghandi joined as an Investment Analyst.  Jayna is the 30th member to the ever growing team within the Group.

As a company, a significant amount of work has been carried out on evolving our proposition and our investment management process.

During 2016 we also supported numerous charities as a team. Personally, men's health was supported in November or should I say Movember; and in May I supported the 2 wish upon a star charity, completing a 130 mile cycle ride from Taunton to Miskin. As a team we have also supported The Wooden Spoon Society, Velindre and Ty Hafan as well as a great effort on Children in Need Day.

It's been a great year, with lots of positives, and challenges but that what makes working in the wealth management and financial planning industry exciting!

I'll close by wishing you all a very merry Christmas and a prosperous new year! 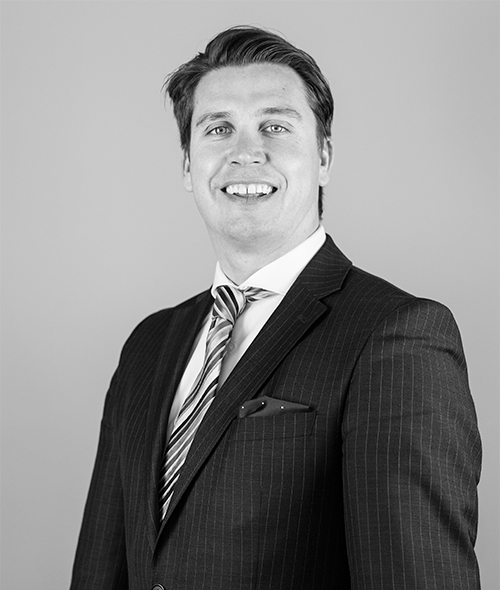 David began his career in the hospitality industry in 1994, whilst studying for his BA degree in International Hospitality Management at University of Wales Institute, Cardiff.

View full bio »  |  All by this author »
Subscribe to Blog